The images did not load correctly. Please start the print process again.

Safeguard your students with a Mercedes-Benz 0500 series school bus.

Schools should set the same high standards for transportation safety as they do for academic excellence. A Mercedes-Benz 0500 series school bus provides outstanding protection, with a range of cutting-edge safety features included as standard.

With capacity for up to 57 passengers and features like air conditioning, heating, individual seatbelts and ample luggage storage, a Mercedes-Benz 0500 series school bus will transport your students in comfort as well as safely.

The Electronic Stability Program (ESP®) is an active system for increasing driving safety and stability. It makes a noticeable contribution to reducing the risk of skidding during cornering or evasive manoeuvres. This is achieved by specifically controlling the braking forces on each individual wheel in critical, dynamic driving situations, for example if the bus approaches physical limits when cornering. At the same time, the engine output is reduced. A possible "breaking-out" of the bus is thus prevented by the finely metered braking within the limits of the physical possibilities.

Among other things, ESP® monitors the lateral acceleration of the bus. If, on long bends – such as motorway exits – or with rapid lane changes, the bus reaches a critical driving situation, the vehicle speed is automatically reduced so the bus returns to a situation of driving stability. ESP® is comparable with the system installed in cars but provides additional functions adapted for use in buses.

How ABS works: there are sensors fitted on all four wheels which detect the rotational speed of each wheel and pass this information on to a central control unit. If the critical point of blocking the wheels is reached, the wheel is stopped at precisely that threshold by pressure variation. The brake pressure can be increased and decreased numerous times in the space of a second.

In December 1970, Mercedes-Benz presented the world's first electronically controlled ABS – a revolution in driving and road safety. Thanks to targeted electronic braking intervention, the wheels don't lock for long periods of time. The risk of losing steering stability is minimised and, in the case of a full application of the brakes, the vehicle can be steered in the desired direction. ABS technology forms the basis for further developed electronic safety systems such as the Electronic Stability Program (ESP®) or the Brake Assist system (BAS).

ASR prevents the drive wheels from spinning in two ways. On the one hand, ASR minimises wheel spinning through a measured braking intervention. On the other hand, the torque of the engine is regulated via the "electronic accelerator pedal". Even at full throttle, the engine only provides as much power in critical situations as the drive wheels can transmit – a major advantage for controlled pulling away and driving stability.

When starting off, the torques applied and the wheel speeds of the drive wheels are monitored. In this process, torque distribution is controlled in such a way that spinning is prevented. This ensures that optimum power flow is always guaranteed.

ASR helps the driver to minimise the risk of the drive wheels spinning and consequently of the rear of the vehicle (rear-wheel drive) breaking out laterally when accelerating. Especially for high-torque engines, ASR thus provides increased comfort and enhanced safety when pulling away – particularly on roads with varying grip.

Lane Assistant (SPA) uses a camera located behind the windscreen to detect if the vehicle is in danger of leaving the road. SPA constantly monitors the distance of the bus to the lane markings on the road. If the vehicle crosses a lane marking, the driver is immediately warned by pulsating on the corresponding side of the seat. SPA is active at speeds of over 70 km/h and can be deactivated by switching on the turn signal, for example to initiate an intended lane change.

The AEBS emergency braking system uses a radar system to detect both vehicles travelling ahead and stationary ones. It continuously determines the difference in speed relative to your own vehicle. If the currently driving activity and speed make a collision unavoidable if unchanged, the driver is warned first and the vehicle automatically initiates a partial application of the brakes. If the driver does not react and a collision becomes imminent, the vehicle automatically initiates a full application of the brakes. This can drastically mitigate the consequences of an impact.

Talk to your local Mercedes-Benz bus expert to help find the right bus for your school. 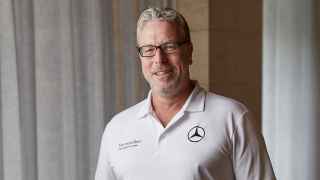 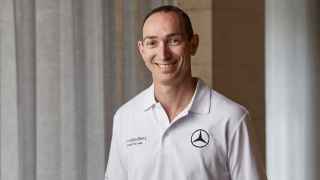 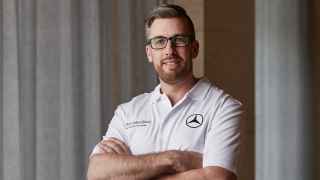 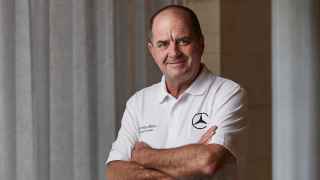